Are You Looking for New Blades? Here’s Our Adams Idea MB2 Irons Review

Adams Golf says its Adams Idea MB2 irons have been specifically designed to deliver the trajectory, workability and appearance “better” golfers prefer. I believe it. I don’t consider myself a “better” golfer (my handicap is hovering around 10), but just looking at these forged muscle-back blades makes me feel like I’m about to rip a long one and snuggle it in close to the hole.

Aaron Baddeley is one of my favorite Tour pros (he’s such a good putter!), and he’s playing Adams Idea MB2 irons. He even called them “amazing” in one of his tweets. Ryan Moore plays them too, so it seems like they’re becoming popular with the pros. They wouldn’t be playing these irons if they weren’t great clubs – not with their livelihoods and reputations on the line.

These irons have a “raw,” blue finish, rust over time (many elite players like that), and look totally cool. Because of their looks and Baddeley’s recommendation, I had to try them.

Here’s what I found out about these bad boys.

We all know that muscle-back irons have been used by professionals for years, so I won’t say any more than that about the overall style of the heads. According to Adams Golf, the “raw” finish used for the clubs enhances feel and permits the use of the largest possible groove volumes. Thanks to the way a series of brass weight plugs near the sole lowers the club’s center of gravity, Adams Idea MB2 irons also promote accurate shot-shaping and increased control. Plus, the brass color of those weight plugs along the line of the sole looks great against the overall finish of the clubs. The effect is pretty cool. 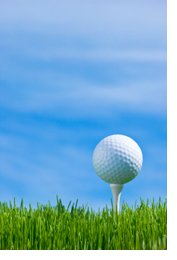 If you’re considering Adams Idea MB2 irons, you have several options for your set make-up. Your set can be configured as a 3-iron through pitching wedge or as a 4-iron through gap wedge. Plus, there are two stock shaft options - KBS Smoke Tour steel shafts or Mitsubishi JAVLYN graphite shafts - both fitted with Golf Pride New Decade Multi-Compound grips. Both shafts come in stiff, extra-stiff or regular flex; no senior or ladies flex is available. My demo set consisted of the 4-iron through pitching wedge with a gap wedge. The shafts were the Mitsubishi graphite shafts in regular flex.

Before I tell you about my on-course experiences with the Adams Idea MB2 irons, I want to confess that my test round began with the thought that “these irons are too good for me and my 10 handicap.” As it turns out, I was probably right in thinking that way. But, I also need to say that I have never played a set of irons that had such incredible feel (probably due in large part to being forged 8620 carbon steel). And I hate to repeat myself (again), but Adams Idea MB2 irons truly do look cool.

I think Adams Golf has a lot to be proud of with these clubs. Never a slouch, the company has made tremendous strides over the past few years and I think it’s poised to become one of the world’s elite golf club manufacturers. The Adams Idea MB2 irons are the proof in the pudding. They’re true players’ irons.

That said, here we go.

For the most part, my shots were average-to-long and very accurate when I hit the ball flush. Forgiveness was a different matter, however. I lost significant distance on my mishits, and even the direction was a little dicey at times. In other words, my good shots were really good, but my poor shots were absolutely terrible. I suspect a better player may not experience this type of inconsistency, but an average golfer who misses the sweet spot several times per round might struggle with these clubs.

Adams Idea MB2 irons are not maximum game-improvement irons. They’re designed for better players and they simply do not provide the forgiveness that many of us need because of our inconsistent ball-striking. The distance loss on mishits is noticeable and more extreme than some other clubs I’ve tested. My well-struck shots were superb, though, and the feel simply cannot be beat.

All this means that while Adams Idea MB2 irons probably aren’t well-suited to average or high-handicap golfers, they could be ideal for accomplished golfers who consistently strike the ball well. So, if you’re looking for new blades and you have the game, consider these clubs for your new weapons. If you’re not a single-digit player, though, I suggest you stay away from these clubs – they won’t help you and their unforgiving nature might even hurt your scores. It’s important to understand your skill level and give these irons a good tryout before you buy.

From Adams Idea MB2 Irons to other golf club reviews.