We’ve all seen the TaylorMade drivers ads run by golf equipment companies during televised golf tournaments.  Some of the ads are clever and amusing; others are factual and more straightforward.  I’ve seen a few of these ads so many times, I’m pretty sure I know their scripts by heart.

For example, when you watch a professional golf tournament on TV, I’d be willing to be that you’ll probably see at least one commercial claiming that Titleist is the “#1 Ball in Golf.”  But there’s another TV ad that’s run almost as often as that one.  I’m talking about the commercial that says TaylorMade makes “the #1 Driver in Golf.”  The company has been making that claim and running an ad like that for several years.

I don’t doubt the accuracy of either of those commercials.  Titleist makes some terrific balls, and all you need to do to verify its claim of being #1 is to look at the close up shots of play on the putting greens.  Often, you’ll be able to see the logos on the balls the pros are playing.  It’s usually “Titleist.”  In fact, as of this writing, the “2014 Worldwide Ball Count” (number of worldwide professional players using a specific brand of ball) is an almost overwhelming 6,707 for Titleist. The ball that’s the company’s nearest competitor is only being used by 1,041 golf pros.  That’s more than six to one. 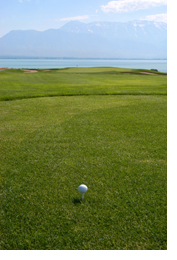 Likewise, TaylorMade has produced golf’s #1 driver for several consecutive years.  Take a close look the next time you watch a tournament on TV.  You’ll be able to see for yourself how many of the top pros are using TaylorMade drivers on the tee.  The list includes Sergio Garcia, Jason Day, Justin Rose, Dustin Johnson, Ryan Moore and Martin Kaymer, among others.

So, these drivers have been at the top for several years now.  But even long before the company could make such a lofty claim (and be able to back it up), it was making drivers that used innovative designs and high-tech materials. Actually, “groundbreaking” might be a better way to put it.

From the company’s very beginning, TaylorMade’s corporate mindset has emphasized innovation.  Its management has been willing to take chances by trying new and different approaches to club making, employing creative geniuses and using space-age materials and high-tech manufacturing techniques.  Several technological breakthroughs have made their debut in the drivers, including the first drivers that featured user-adjustable movable weights, loft angles and lie angles.  TaylorMade drivers also led the way in the recent shift away from shiny dark crowns.  After meeting with some initial resistance, the matte-white crowns that TaylorMade pioneered have become very popular and are now used by several other companies too.

These drivers are the leaders of the pack, and they’re popular with professional golfers and amateurs alike.  The TaylorMade R7 driver (which I review on this site) is a perfect example of their overall excellence, but so is the TaylorMade R11 driver (also reviewed on this site).

The R7 launched a new wave of user-adjustable drivers with moveable weight systems – a feature that other club manufacturers latched onto and tried to emulate very quickly.  The R11 features an adjustable sole plate to raise or lower the club’s loft, a black face, and a satin white crown to reduce sun glare and make the head look bigger at address.  Both these drivers changed the golf world – perhaps forever.

Much earlier than the R7 and R11 models, a TaylorMade club (the Pittsburgh Persimmon driver) became the first commercially successful metal-headed driver in 1982.  Tell me THAT didn’t change the golf world!

As you can see, I’ve evaluated quite a few TaylorMade drivers.  Some of them have been designed to be played by professionals and low-handicap amateurs, but others focus on helping average or high-handicap golfers hit longer, straighter shots.  Each of the TaylorMade drivers I review has a different design and different playing characteristics, but they’re all terrific clubs.  I can’t think of a single one that’s disappointed me when I’ve taken it out onto the course.From TaylorMade drivers to the other golf club reviews.