Celestron CoursePro Elite Golf GPS – Does it Deliver Value at a Low Price?

Both models are value-priced ($149.95 for the Celestron CoursePro Elite golf GPS and $99.95 for its stripped-down sibling), so they’re bound to have some appeal for golfers who want an inexpensive golf GPS. This review is intended to help you decide whether the unit is worth its low price. 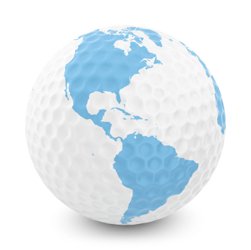 I’ve only seen one or two Celestron CoursePro Elite golf GPS units being used out on the course, and I always wondered why – with its big brand name and low price I expected it to make more of a splash after its 2011 introduction. The unit’s most obvious competitors are the Izzo SWAMI (at $99.95) and the Bushnell Neo+ (at $149.99). So how come buyers haven’t been flocking to this specific golf GPS?

Maybe it’s because it’s a fairly basic device with limited functionality. Although it gives you the bare minimum for a golf GPS unit - distances to the front, middle and back of the green - it doesn’t provide yardages to layup spots, hazards or any other course features unless you customize the course maps yourself (you can add as many as six hazards or other targets per hole). It does include basic shot-tracking and scorekeeping (for one player), but so does just about every other golf GPS on the market. It will not track shot statistics.

So, the Celestron CoursePro Elite golf GPS is basic. That’s not bad, provided it does everything you want. But its limited features kind of make you wonder why it’s as big as some of the most fully-featured golf GPS units you can buy. After all, those other units give you a lot more information.

The Celestron CoursePro Elite golf GPS does have a large, bright color screen, and it can display information in twelve different languages. Non-English speakers might find this feature useful. The user interface is fairly intuitive, at least for the most part. The CoursePro Elite also starts a timer when your round begins so you’ll always know how long you’ve been out on the course. Personally, I’d rather not know how long I’ve been waiting on the foursome ahead, but some people might really like this feature.

Unfortunately, it does have a few drawbacks, too. Unlike many other GPS units, the Celestron doesn’t automatically advance to the next hole – you need to press a button to manually advance it as you’re approaching the next tee. It’s bulky, and it has a fairly short battery life (you probably won’t get two rounds out of a charge, so you’ll need to recharge after every game). Other GPS devices offer a lot more course maps. And like many other golf GPS devices, setup requires the use of a computer to register for an account and download specific course maps. You then transfer the maps onto your GPS unit. Unfortunately, the Celestron CoursePro Elite golf GPS doesn’t work with a Mac. You’ll need a Windows XP/Vista/7 computer to use this GPS.

You’re entitled to five free course downloads as a registered owner of the Celestron CoursePro Elite golf GPS. Beyond five, you’ll pay $2.99 for each additional course (there’s also an option to pay a one-time fee of $34.99 for unlimited downloads). Downloading is easy, but transferring downloaded courses onto the unit isn’t intuitive. The “manual” in the box is more of a “quick-start guide” and doesn’t lead you through the transfer process. Fortunately, a more comprehensive (and much more helpful) user manual is available on Celestron’s website. They could have made the process easier, though.

Celestron claims it has 22,000 course maps in its database. That seems like a lot, but its competitors offer even more. The Celestron CoursePro Elite golf GPS does let you store as many as 100 course maps at any one time, and that number should be plenty for most recreational players. Distance readings on the course seemed pretty accurate, generally within three or four yards of the competing unit I was carrying for comparison purposes.

The Bottom Line: Yes, the Celestron CoursePro Elite golf GPS will give you yardages to the front, back and middle of the green. But despite its low price, it doesn’t give you much value because it just doesn’t do much more than that. I’d give it a “C” at best. Other GPS units simply give you a lot more for your money.

From the Celestron CoursePro Elite Golf GPS to other golf GPS reviews.