Cleveland CG11 Wedge Review - A Tried and True Classic, and I Want One!

Cleveland Golf has always been known for its superb wedges, and the Cleveland CG11 wedge lives up to that reputation. Despite being several years old, the advanced technology used in this remarkable wedge means it’s still being played by a large number of golfers. And many of us who aren’t lucky enough to own a Cleveland CG11 wedge want one, including me.

Sure, several club manufacturers make some pretty fine wedges – Callaway, Nike, TaylorMade and PING are just some of the companies that are known for their wedges. But, if I were playing a word-association game and someone said “wedges,” the first two phrases I would think of would be “Cleveland wedges” and “Titleist Vokey Design wedges” (stay tuned, because a review of Vokey wedges just might be in the wings).

So, with this kind of heritage, the Cleveland CG11 wedge is almost guaranteed to be a winner. What makes this classic club so special? Why do people still play their CG11s, even going so far as to get the grooves re-ground after they get worn down? 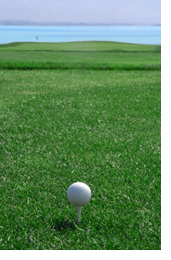 A lot of wedges resemble each other closely, and many use some form of the same basic technology. Some wedges come in unusual colors (such as the distinctive “oil can finish” used in Titleist Vokey Spin Milled wedges) and others use lasers or customized grinds to create their grooves. The club takes a somewhat more conservative, classic approach and features precision CNC-milled grooves and your choice of a “satin” or “black pearl” non-glare finish (the ladies version of the wedge comes in satin with some touches of pink). And, instead of being revolutionary, the club is evolutionary, being based on the successful design of its predecessor - the Cleveland CG10 wedge.

The Cleveland CG11 wedge is designed to be played by golfers of all skill levels, not just professionals. Made of Cleveland’s “CMM metal,” this wedge has an exceptionally soft feel, comparable to many of the finest forged clubs. “Eek,” you might say, “I’m not good enough to play forged clubs – those are just for the pros.” But these wedges just feel like they’re forged – the CMM metal includes suspended, microscopic carbon spheres to dampen vibrations but the clubs are cast, not forged. Hmmm. Cast clubs that feel like they’re forged. That’s ingenious.

I had to try a couple of these wedges. And then, naturally, I had to write about them. That’s how I roll. So here we are.I borrowed two versions of the Cleveland CG11 wedge for this review – the 54- and 60-degree lofts. Both had the standard bounce, but Cleveland also made low and high bounce models. My clubs had the standard steel True Temper Wedge shaft, but a graphite shaft was also an option for both the ladies and the men’s version.

The first thing I noticed was the sleek, appealing design. They’re lovely to look at, and that inspires the confidence every golfer needs to hit effective wedge shots.

And speaking of effective wedge shots! I wanted to give these clubs a good test, so I played a round with Titleist Pro V1 balls, and then another round with Titleist NXT Tour balls. Both wedges felt superbly balanced throughout my swings, and the feel at impact was soft but solid on my crisply hit shots. They also gave me enough feedback on heel and toe shots to know I’d missed the sweet spot, but the feedback was never overly harsh.

Whether I was hitting a full shot or a flop, the ball soared high and landed softly. The spin control built into these clubs meant my Pro V1s and NXT Tours took a hop or two and then stayed on the green, pretty much right where I wanted them.

I love my own gap wedge, but I might get one of these babies to replace it when it finally wears out. The Cleveland CG11 wedge comes in several lofts and bounce combinations, including 46-, 48-, 50-, 52-, 54-, 56-, 58- and 60-degree versions. That’s enough choices to let anyone customize their short game.

The Bottom Line: The short game is all about getting up and down. And that makes spin, accuracy and distance control the most important aspects of your scoring clubs, including your wedges. Even after the passage of several years, the Cleveland CG11 wedge still manages to deliver everything you need to have an effective short game … except the swing, of course!

From the Cleveland CG11 wedge to other golf club reviews.