The Cobra Trusty Rusty wedge is back! The original version – from two decades ago – has enjoyed an almost cult-like following over the years. A lot of old-time golfers have stories to tell about their Trusty Rustys. And now, as if it were trying to answer our short-game prayers, Cobra Golf has brought out a reinvented version of this classic wedge. 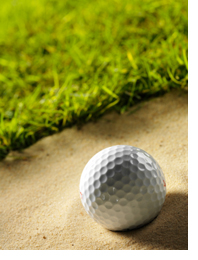 Plenty of people are excited about the release of this club because they know the importance of good wedge play. So, although we’ve reviewed a number of wedges on our site, it’s time to look at the new version of the Cobra Trusty Rusty wedge.

One of the most important questions I want to answer in this review of the Cobra Trusty Rusty wedge is this: Is all the excitement about this new club driven purely by nostalgia, or is it because of the club’s performance?

Certainly, nostalgia has something to do with the appeal of this wedge. But there’s no doubt that this is an updated, enhanced version of the 1990s Cobra Trusty Rusty wedge. Here are some of the features of the new version of what some golfers used to call their “magic wand.”

The most visible hallmark of the Cobra Trusty Rusty wedge – and the characteristic from which it takes its name – is a carbon steel head that’s intended to rust. There are three different finishes to choose from: Black PVD; Rust; and Satin with a pre-rusted face. Seven lofts (from 49 degrees to 61 degrees) are available, and each one features what Cobra calls a “Tri-bounce sole with rear scallop.” Basically, the sole offers three difference bounces in a single grind. The purpose, of course, is to increase the club’s versatility. Cobra’s theory is that with three different bounces, you can dig down for the ball, slide the club under it, or hit a normal shot.

Other notable features of the Cobra Trusty Rusty wedge include a stock Black Dynamic Gold S200 shaft that features a special glare-resistant coating and the Lamkin 3Gen wedge grip – longer than normal and featuring less taper, this specially-designed grip makes it easier to choke down on the club when short-game creativity becomes essential.

I played a 56-degree Trusty Rusty in the “Rust” finish for several games. Here’s what I discovered over several rounds.

First, I really like the look of these clubs, or at least the look of the Rust finish I tried. It’s quite different and takes some getting used to, but after hitting a few shots my eyes adapted to the different finish and I started really liking it. I’d probably like the black version too, because I tend to favor black clubs. Appearance is subjective, and you may or may not like the looks of this club.

Interestingly, when I tested a Cobra Trusty Rusty wedge, I didn’t see a whole ton of spin – despite Cobra’s claim that the grooves are designed to the applicable USGA limits. I’d say this wedge produces average (at best) amounts of spin.

I’m not sure I liked the “Tri-bounce sole,” either. I was able to hit the wedge cleanly from tight lies (and that can be a challenge with some clubs) and it seemed to cut through thick rough pretty well. I’m lousy in bunkers so I’m not even going to try to evaluate the wedge’s performance when the ball’s in the sand. My concern with the sole is the way it causes the leading edge of the club to sit high when you open up the face. Sometimes laying the face open is your only chance at pulling off the shot you need (such as when you’ve short-sided yourself and your ball is sitting in deep rough near the green), but the high leading edge when this wedge is laid open might make that type of shot extremely difficult.

I liked the very soft feel of the club when I hit the sweet spot. Unfortunately, though, the feel wasn’t all that much different when I mishit the ball. The club just doesn’t give you much in the way of feedback.

Accuracy and forgiveness on short shots were better, although they weren’t stellar. I’d grade both as above-average but not excellent.

The Bottom Line: I liked the distinctive look of the Cobra Trusty Rusty wedge, but not everyone will. Overall, I guess I was sort of disappointed in the performance of the Trusty Rusty I tested. Maybe it was my own fault – did I fall victim to all the hype? But while I can’t say the club is bad, I also can’t say it performed up to my expectations for a high quality wedge. It’s a solid performer, but other wedges I’ve evaluated have done better. So, is all the excitement due to nostalgia or performance? I’m leaning toward nostalgia on this one.

From the Cobra Trusty Rusty Wedge to other golf club reviews.