Why You Need Game Improvement Irons

Game improvement irons can help almost any golfer’s game. This article is intended to explain why almost all of us should be playing irons that have been designed to help us hit longer, more accurate shots.

Let’s face it – we’re not professional golfers. So, I thought maybe it’s time for a reality check. Although we’d all love to swing like Tiger or Phil (or Rory, Rickie or Fred, name your favorite pro), the sad fact is, we don’t. They’re top-shelf professionals and they play top-shelf “players clubs” – often forged blades. I’m about a 10 handicap, and I’d probably duff it if I were to swing one of their irons. They’re simply not forgiving enough for my game. If I hit it well, it would be through sheer dumb luck. 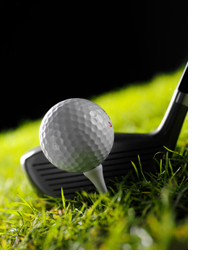 Because they’re human and sometimes make mistakes, even professionals need some game improvement features. For example, most pros want their irons to have a high Moment of Inertia (“MOI”) because it helps keep the heads stable on mishits. You want that too, although you probably need irons with an even higher MOI than players clubs. You have more mishits than a pro, and when you miss the sweet spot you tend to miss it by a wider margin. Heel-toe weighting (a/k/a perimeter weighting) increases an iron’s MOI and forgiveness, and it’s an important aspect of all game improvement irons.

But they aren’t all about MOI. Far from it – several other features are typically built into these clubs to help support your game. A center of gravity that’s low and back is an extremely common game improvement feature because it helps players hit the ball higher. Wide soles are popular too, because they tend to improve the club’s interaction with the turf and help move the iron’s center of gravity down and back. Lightweight shafts are becoming more and more popular because they tend to promote faster swing speeds and more distance.

There’s no question that playing with the right equipment – the irons that suit your swing and physical characteristics (your height, arm length, leg length and so on) – will impact your ball flight. There isn’t any magic guideline for determining how much and what type of game improvement your irons should provide. Instead, the answer is determined by experimentation and, hopefully, a club fitting performed by a professional who knows what he or she is doing.

Once you’re fitted with the right irons, you’ll see one of two effects. You’ll either hit your irons longer but with a similar trajectory, or you’ll hit them the same distance but with a higher trajectory. Which way you go depends on your individual goals. If you’re happy with your distance but you’d love to hit the ball higher, then you should look for a set of game improvement irons that have a very low center of gravity and promote a higher ball flight. Conversely, if you already hit towering irons but you want to gain some distance, look for a set of stronger-lofted, hot-faced clubs that fly the ball farther (and possibly lower your ball flight a bit). The technology to do either is out there.

Most players would benefit from using irons with wide soles. In addition to lowering and deepening the center of gravity, turf interaction is typically better with a wide-soled iron. Be careful, though, because in addition to your personal swing and physical characteristics, the conditions you typically play in should play a role in your choice of game improvement irons.

You might be wondering how your usual playing conditions could affect your choice of game improvement irons. Well, it’s simple. Although wide soles are intended to prevent irons from getting “stuck” in the ground at the bottom of your swing, they’re tough to use off hard, baked-out fairways and other very tight lies.

Here’s an illustration: my sand wedge has the widest sole of all my irons. I’m often just a sand wedge away from the green (especially on par 5s) and I usually nail that shot - as long as there’s enough grass under the ball to let me get the club “under” it. On hardpan, though, all I do is top the ball. So, if your home course has extremely tight lies, you might not want wide-soled game improvement irons. If your fairways are consistently lush, then go for it!

From Game Improvement Irons to other golf club reviews.