What’s Up with Never Compromise Putters?

Before we get started, here are a few direct links to specific Never Compromise putters reviews we have here on the site:

If you’ve been playing a while, you might remember when these  putters first came out. I saw my first one back in the late ‘90s while my husband was buying a new putter (I wasn’t into golf yet). All I remember was the black-and-gray color scheme and that it was a blade-style putter (I didn’t even know what those were at the time). 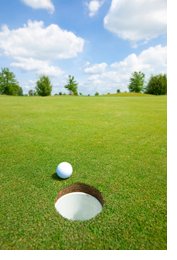 Soon afterward, Never Compromise putters were cropping up everywhere. Vijay was using one (he wasn’t the only pro who did – just the most notable), and since he was winning regularly at the time, his putter got plenty of TV time. Like the putter I saw at the golf shop, his Never Compromise putter was black and gray.

When I first started playing, I’d see one of these putters pretty often on the golf course. And when it came time for me to graduate from one of my husband’s hand-me-down putters and buy one of my own, I saw Never Compromise putters for sale in most of the golf equipment stores. I didn’t buy one (I came close but in the end I chose a TaylorMade putter instead), but I knew these putters were pretty popular.

And then things changed. It was like they went into hibernation. The company still made a few putters but you never heard much about them. This went on for a few years. Oh, a used club would turn up in the golf shop every so often, up for sale but nearing the end of its life. The years passed, and there were always plenty of other brands to choose from, although the company’s disappearance was puzzling.

As it turns out, Cleveland Golf acquired Never Compromise in 2003. I’m guessing it took some time for things to get sorted out and for Never Compromise putters to find their place within the company. About a year ago these putters came roaring back, having evolved into Cleveland’s high-end line of putters. Their original black-and-gray color scheme is long gone. Now, they take classic designs and apply modern manufacturing techniques to make them something special, both performance- and appearance-wise. The company’s hibernation is over, and its new putters are getting plenty of buzz. It’s been a great comeback, and I’m happy to see it because Never Compromise has reinvented itself.

The putters in the first three lines – Gambler, Dinero and Connoisseur – are made of CNC-milled, forged 303 stainless steel and do not have face inserts. Each one has themed graphics that complement the name of the putter series. For example, the soles and hosels of Gambler putters feature images of spades, clubs, hearts and diamonds - the suits that you’d find in a gambler’s deck of cards. Similarly, Dinero putter soles and hosels feature four different currency symbols. And Connoisseur putters have sole graphics that relate to fine cigars.

The four Sub 30 series putters take a different approach, using a dual-material, copper-infused aluminum and copolymer face insert, but they also feature unique sole graphics. Their MSRP ($139) is more affordable than the other three lines of putters ($299). They’re like "artwork anyone can afford." In contrast, the more expensive models are more like "fine art."

The distinctive sole and hosel graphics are far from intrusive, and they make these putters look classy but fun to use. For example, the Gambler putters throw in a big serving of retro-Vegas-cool. The designs are classic but they have a modern, whimsical twist. Performance is what counts, though, and that’s why Never Compromise putters use exacting, high-tech manufacturing techniques.

Forging tends to create greater consistency and improved feel – two very important characteristics for any putter. And, I have to say, when I tried the Gambler "Royal" model (a heel-toe weighted blade with a crank-neck hosel), the feel was what I like to call "plump" – not soft but not firm - and very reassuring, with just the right amount of feedback.

I tried a Gambler Royal blade-style putter, which came adorned with images of the four suits of a deck of cards. I felt like Lady Luck was with me while I was putting with the Gambler. And maybe she was, because my putts rolled smoothly and straight down my intended line. But I suspect it was because Never Compromise putters have raised the bar for milled putter looks and performance, delivering superior feel and exceptional distance control. I had a hard time wiping the grin off my face, and it wasn’t just because of the club’s gorgeous looks. I hit the jackpot the day I tested the Gambler Royal blade-style putter.

From Never Compromise Putters to other putter reviews.