PING G25 Irons Review: Forgiveness for All Types of Players

I’ve already referred to this in some of my other golf club reviews, but it bears another mention here.  PING’s “G” series of clubs, which includes irons, woods, drivers and hybrids, have always been designed to be game-improvement clubs.  This type of club is meant to help average and high-handicap golfers enjoy the game more by making it easier to hit the ball longer, higher and straighter than what they’d see if they’d used a player’s club.  PING G25 irons fit the traditional game-improvement irons description – with a little qualification. 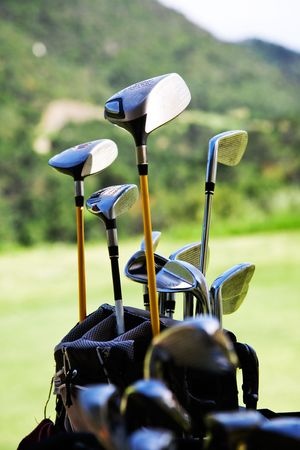 Sure, these clubs give you all the game-improvement features you’ve come to expect from PING’s other “G” series irons.  But what’s really special about these irons is that they’re game-improvement clubs that happen to also have a few characteristics that you’d normally only see in player’s irons.

Here’s what I mean by that:

Despite being more forgiving (and longer) than their immediate predecessors (the G20 irons), the heads of the G25 irons are more compact and therefore more pleasing to the eye of so-called “better players.”  There’s just not as much “meat on the bone” as you usually see with game-improvement irons.  These clubs have less offset and thinner top lines than the G20s.  Plus, their soles are narrower than those of the G20, but the trailing edge uses a well-designed relief grind.  Which means G25 irons should give you better turf interaction, whether you’re hitting out of the rough or facing a tight lie.

Even though the heads are smaller and more attractive than those of the G20s, the G25s are more forgiving and they send the ball farther and higher than PING G20 irons.  I’m comparing these clubs to G20s for two reasons:  the G20 irons are the immediate predecessor of the G25 irons; and the G20s have been incredibly popular with golfers since their release a few years ago.

PING G25 irons, like previous PING models, have a “custom tuning port” (CTP) built into the cavity at the back of the head.  For these clubs, though, PING changed the position of the CTP:  it’s lower in the G25s than it is in the G20s.  The CTP puts more mass behind the head’s impact zone.  It lowers the head’s center of gravity, increases ball speed on flushed shots, makes it easier to get the ball in the air, increases forgiveness on miss-hits, and gives the clubs a pleasing sound and feel which tells you when you hit the ball solidly.  They also have more perimeter weighting than G20s, which makes the club heads more stable on miss-hits and even more forgiving.

The standard set of 8 PING G25 irons sells for around $700 – that’s a little higher than the prices that are being asked by some of PING’s competitors,  but well in line with the cost of other sets that are made by equally high caliber club makers like Callaway and TaylorMade.  You have your choice of two shafts:  PING’s CFS shafts in Soft Regular, Regular, Stiff, or Extra-Stiff flexes; or PING’s TFC 189 shafts, which come in Soft Regular, Regular, and Stiff flexes.  The second type of shaft is lighter and tends to launch the ball higher.

I played a set that had been fitted with the higher-launching PING TFC 189 shafts in Regular flex.  I’m here to tell you that the ball flew high and long – I’m guessing my average distance gain was at least 5 yards per club.  I lost about 15 yards on my miss-hits (that’s something we all have to expect no matter what clubs we’re playing), but the ball still went pretty straight.  They even looked great at address, not at all like some of those maximum game-improvement models.  I just didn’t see much to complain about when I played my round with these clubs.

Overall, I was very impressed.  Compared to the G20s, PING G25 irons perform better- and that’s saying a lot.  They send the ball higher and farther, and they’re more forgiving from almost every type of lie.  Their smaller heads, narrower soles, and thinner top lines make them look more appealing (to me, at least) without sacrificing performance.  They feel and sound solid on shots that are struck on the sweet spot.  They’re not the longest irons I’ve ever hit, but if you’re looking for long but extremely forgiving clubs, I think PING G25 irons are worthy of your consideration regardless of your skill level.

From the Ping G25 irons review to other golf iron reviews.