The TaylorMade Rocketballz Review:  A Line of Golf Equipment That’s Brand New for 2012

Well, I "get" what the name of the new TaylorMade Rocketballz line is all about: something along the lines of "hit the ball with one of these clubs and it will fly like a rocket." But part of me thinks some people might be put off by the slightly goofy name. In my opinion, TaylorMade might be better off calling its new-for-2012 line of golf equipment the "TaylorMade RBZ" or something similar. But that’s just my opinion. Let’s concentrate on what the new line is all about.

First, the Rocketballz lineup is the first entirely new equipment series introduced by TaylorMade in quite some time. In other words, it’s not another version of the R5/7/9/11 series, and it’s not an update of the Burner line. It’s an altogether new name (not a name I like very much, but oh well) and an entirely new series that includes not just drivers, fairway woods, hybrids and irons, but also balls, bags, gloves and umbrellas. There are even TaylorMade Rocketballz golf towels! 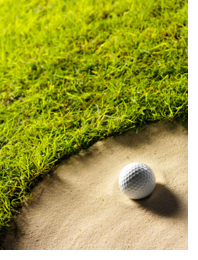 The first thing you might notice about the new TaylorMade golf equipment is the color. The drivers, fairway woods and hybrids feature the white crowns that have been popularized by the company’s R11 series, but the overall color scheme is different. Instead of the familiar red, black and white of the TaylorMade Burners and “R” series, the Rocketballz clubs, bags, umbrellas and so forth are designed in green, black and white. But that’s just cosmetic stuff. What’s “under the hood” of the clubs?

For now, let’s just touch on a few of the high points of this new series of TaylorMade golf equipment. As I mentioned earlier, the Rocketballz series includes drivers, fairway woods, hybrids, irons, gloves, balls, bags, umbrellas and golf towels. Let’s start with the big dog – the TaylorMade Rocketballz driver.

TaylorMade claims it’s seeing an average distance gain of about 17 yards when players are hitting Rocketballz fairway woods instead of their regular clubs. That’s quite a claim. The company incorporates a ton of technology into these clubs, and as a result they push the legal limit for Coefficient of Restitution (“COR,” also referred to as the spring-like or trampoline effect). All things being equal, more spring-like effect equals more distance. The woods look a little like the Burner 2.0 woods, but with a slightly more appealing, balanced look.

The Rocketballz hybrids use technology similar to the fairway woods, and TaylorMade is claiming an average distance gain of about 10 yards for the hybrids. Both the woods and hybrids have a slot in the sole (similar to the slot which has been used by Adams and Nike) which is intended to make the face more flexible and therefore “hotter.” Neither the fairway woods nor the hybrids feature the adjustable FCT technology, but hey ... I’ll take 10 to 20 more yards any day!

If you’d like more details on any of these clubs, please read the reviews we’ve posted on our site. We hope you enjoy reading about TaylorMade’s new Rocketballz line.

Return to other golf club reviews.