Okay, I admit it.  I’m partial to TaylorMade drivers.  I’ve never used one that I thought was overrated.  And after playing a round with a TaylorMade R9 driver, I decided that this one isn’t overrated either.

I could rattle off several reasons why TaylorMade claims to make the "#1 Driver in Golf," but for a lot of golfers it’s enough to know how many of today’s top pros use TaylorMade drivers on the tee.  The list includes Jason Day, Justin Rose, Sergio Garcia, Martin Kaymer, Dustin Johnson and Ryan Moore, among others.  For the last several years, TaylorMade has flat-out dominated the driver count on the world’s major golf tours.

The explanation is simple.  TaylorMade has put out multiple high-quality drivers, including the R5, R7 and R11, the RocketBallz, a few different Burner models, and of course the subject of this TaylorMade R9 Driver review, the TaylorMade R9 driver.  They’re drivers that professional and amateur players have revered over the last decade or two.

It all boils down to TaylorMade’s prowess at designing and building innovative drivers.  This company has long been at the forefront of driver technology, blazing the trail that other manufacturers often follow.  The TaylorMade R9 driver lives up to the company’s reputation for making groundbreaking clubs.

More specifically, the TaylorMade R9 driver was the company’s first driver to include not just its highly successful "Moveable Weight Technology" (MWT, which allows users to adjust the head’s center of gravity to promote a draw or neutral ball flight), but an adjustable hosel (TaylorMade calls the hosel system "Flight Control Technology" or FCT).  That means that when you’re playing a TaylorMade R9 driver, you’re using the world’s first fully adjustable club.  You’ll be able to adjust the loft, lie and face angle of the head as well as its center of gravity. 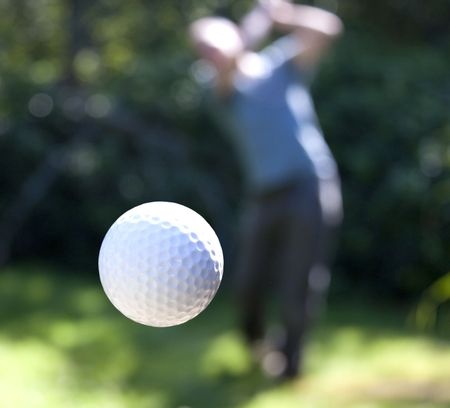 The club is a handsome devil.  As far as the shape of the head is concerned, the TaylorMade R9 driver looks fairly traditional.  At 420cc, it’s neat and compact, and it looks great at address.  The face is deep, which tends to inspire confidence.

Now it’s time for the important stuff – adjustability and performance.

Because you can use the FCT to adjust the loft, lie and face angle, and the MWT to promote a draw or straight ball flight, the TaylorMade R9 driver can be set to work well with your swing.  I know some golfers who use the adjustments to partially compensate for their swing flaws.

You use a small torque wrench to adjust the FCT and MWT systems.  The FCT alone has 24 settings (a little overkill, maybe?), but it’s easy to make changes.  Together, the two systems give you 3 degrees of launch angle adjustability, as much as 75 yards of left-to-right adjustability, and up to 1800 rpm of spin adjustability.

The stock shaft for the TaylorMade R9 driver is a 45-inch, 65-gram Fujikura Motore.  This graphite shaft has a "High Inertia Tip" and is designed to boost ball speed (and therefore distance) by adding some kick through the impact zone.  It’s also a little shorter than the 46-inch shafts of most modern drivers.  I didn’t notice any real distance gains while I was hitting the club, so I suspect that the shaft’s extra kick is basically cancelled out by its shorter length.  What I did notice is a bit more control and accuracy than I normally get with a longer shaft.  Multiple shaft options were available when the TaylorMade R9 driver was introduced in 2009.

The sound when shots are hit flush is muted but solid.  Some modern drivers sound more like tin cans than golf clubs, but not the TaylorMade R9 driver.  If you’re anything like me, it’s a sound you’ll appreciate.

The TaylorMade R9 driver comes in 8.5-, 9.5- and 10.5-degree lofts, but the fact that you can change the "fixed" loft of the club by up to 3 degrees is something to remember if you’re buying.

Bottom line of this TaylorMade R9 Driver review: This driver isn’t about gaining distance.  It’s designed to be played by average to highly skilled players. I wouldn’t call it a game-improvement club.  Instead, this driver is all about control:  controlling how high (or low) you hit the ball, controlling whether you hit it straight, to the left or to the right, and controlling how much spin your drives have.  Going through the plethora of settings to find the right setup for your swing might take a while, but in the end it can be worth it for better players.